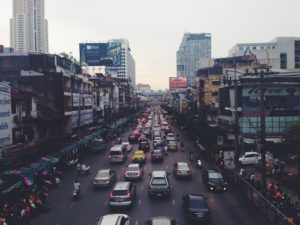 In 2015 the typical American could expect to spend about three hours and twenty minutes longer getting to and from work than in 2014.

According to the U.S. Census Bureau, nearly 11 million of us drive an hour or more to work each way. Since 2009, commute times have increased in most of the U.S.’s major cities, and the average commute is well over 30 minutes.

This could encourage some homebuyers to consider swapping larger houses and longer commutes for more modest properties closer to work. Others refuse to give up on square footage, a big backyard, and other suburban amenities. But no matter what you’re looking for, your future drive time to work is an important part of the house-hunting puzzle.

Use Google Maps For An Estimate

How your commute will affect your day-to-day life is important to know before buying a home. Use Google maps to get an estimate… but then follow through. Get in the car, hop a bus, or take the train and do the commute both in the morning and the evening. Picture yourself commuting every day with that commute and ask yourself if it’s right for you. If the answer is ‘Yes, I can manage this,’ then go for it. If the answer is no, keep looking for a home closer to your office.

What Responsibilities Do You Have at Home?

Are you single, newly married, raising a growing family, or downsizing? Commuting may not be a deal breaker if you have other priorities. Buyers with families often opt for a larger home in a desirable neighborhood that comes with a longer commute, and may live further from their office to be in a specific school district. Typically, the further a house is from the central business district, prices are less for additional square footage, which is desirable for growing families.