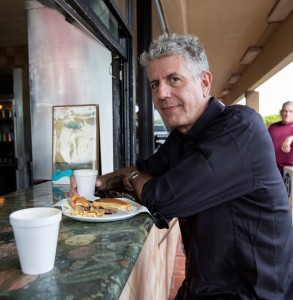 Did you know that the world-famous, globetrotting, ex-chef celeb has been spotted in Nashville? Buzz on the street says he might be filming another episode of ‘Parts Unknown’.

Word from Eater Nashville is that they’ve done a great job of keeping their itinerary very hush, but fans have been snapping discreet shots of the filming in several famed Nashville spots. So far, he was spotted at the Patterson House on Sunday, and went barhopping on Monday night in East Nashville with the executive chef of Husk, Sean Brock. They had a photo op at Edgefield Sports Bar & Grill and stopped by Dinos, and has dropped by Pinewood Social and City House.

This follows increasing fame for Nashville, year over year, regarding its hot food culture. And many great Nashville foodies know that the fame is well-earned: Nashville has been home to many nationally award-winning chefs and restaurants, as its low costs for restaurants, easy accessibility to top-rated farms and producers allow chefs unprecedented access to top-quality ingredients without long shipping times. Given the popularity of seasonal and farm-to-table restaurants, it makes Nashville an ideal hotspot!

It’s spring, and while there’s absolutely no telling where Anthony Bourdain will head, we have our own guesses about where he might go! Here are our top picks for a true Nashville dining experience, whether you’re staycationing, in for the weekend, or a local who doesn’t get out enough! 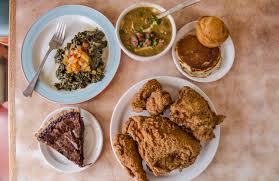 A down-home meat and three, this old, small venue is renowned throughout Tennessee, and serves lines which wind out the door every day. They offer up dessert first, the seating is cafeteria-style, and the prices are dirt cheap. Now with two locations, one in downtown and one in Green Hills, Arnold’s is a Nashville icon… and unfortunately, only serves lunch hours during weekdays.

This elite little restaurant opened up off Charlotte quietly last year, and is a must-visit for anyone who loves casual fine dining. That is, the restaurant is in a renovated old historic home, and calls to mind traditional Southern dining. Owned and operated by a team, one-half of which owns the Rumours Wine Bar, you can bet that the wine and the food are top-tier. The menu is thoughtful and concise, leaning towards the rustic Italian fare which includes fresh pastas and house-produced charcuterie. 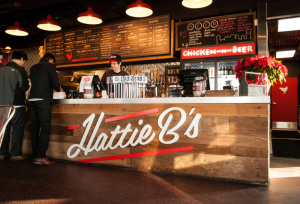 We’re going to commit a sin, here, and replace long-established Prince’s with Hattie B’s. While Prince’s will always remain the King of Heat– well-known for doling out Nashville Hot Chicken so hot it makes grown men cry– Hattie B’s provides a wide range of heat levels paired with (in our opinion) slightly better traditional sides, and stellar locations for bar-hopping or shopping afterwards. Hattie B’s is in Midtown and off of Charlotte these days, and we have to recommend the Charlotte location for those who don’t want a half-hour wait.

The Charlotte Pike area has seen immense development lately! Home prices are rising dramatically, and everywhere you look is new construction. We were skeptical about how that might go, but a quick look at the Nashville MLS shows well over 100 homes for sale in the area! Wow.